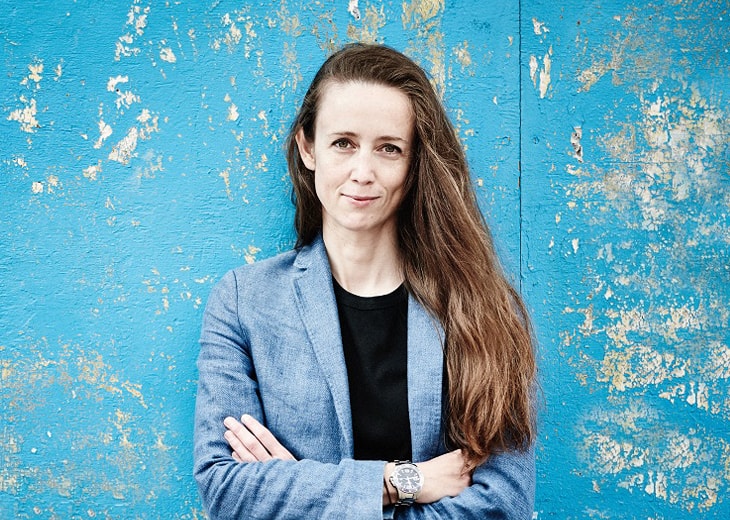 In 2019 we enjoyed performing Irish composer Gerald Barry's opera The Intelligence Park in association with Music Theatre Wales. Conducting the 6 night run at Royal Opera House's Linbury Theatre and a UK tour to Cardiff, Manchester and Birmingham was Australian conductor Jessica Cottis. Last year we were lucky to catch up with Jessica between flights, rehearsals and performances and got an insight into her love for new music, her pre-concert routine and some quickfire questions to hear some of her music and reading recommendations...

I’m convinced of the importance of contemporary music. It is one of the most natural ways to communicate with our own time and society.

For someone who has never been to one of our performances before, what can they expect from a London Sinfonietta concert?
Always with London Sinfonietta concerts, there is an incredible sense of exploration and discovery, of sound and ideas. It’s the musical version of going to a gallery opening. Do also expect to be blown away by the incredible virtuosity and vitality of sound of these instrumentalists.

How do you go about preparing to conduct a brand new piece of music?
Most often I’m booked to conduct a premiere without having seen the work first. If it’s a composer I already know then I’ll wait until the score arrives in the post, otherwise I’m very interested to begin exploring their musical language: I’ll try to listen to and look over as many of their previous compositions as available. Either way, for me, everything goes into conceptual structure inside my head. I could describe it initially as a kind of large skeletal polyhedron. Any information discovered about a piece goes into this framework, and by the later stages of the learning process it fills out in a very detailed and complex manner, often with many connecting rods. The structure can be viewed as a whole, but it's also possible to zoom in on particular vertices or lines. Anything from specifics (for example, notes, tempos, and rhythms) to more subjective concerns (such as colour), join to make a cohesive whole, which in effect takes on a life if its own.

How do you feel in the moments before walking out on stage and how do you get into the right mindset for a performance?
All the detailed work has been explored in rehearsal, so, in the hour leading up to the concert, it’s important to rest both heart and brain until it’s time to come alive again and perform. It feels like a mini hibernation. Without this is it hard to keep the intensity of focus and flexibility of mind needed for performance. Right before walking onto stage, there’s that special existence: excited yet calm.

Always with London Sinfonietta concerts, there is an incredible sense of exploration and discovery, of sound and ideas. It’s the musical version of going to a gallery opening.

Any musical recommendations?
Lately I’ve been listening to a lot of Xenakis, and also Barbara Strozzi. Recent discoveries: the works of the Croatian composer Dora Pejačević (1885-1923), especially her Symphony in F-sharp minor. It’s a late Romantic work; rhapsodic, detailed and with incredibly opulent orchestral colour.

Your top three pieces of literature?
Almost impossible to narrow down to three, but at a push, I would say Woolf’s To the Lighthouse, Leaves of Grass by Whitman, Proust’s In Search of Lost Time, and as an bonus extra: anything by Chekhov.

And finally, if you weren’t a conductor, what would you be?
I’d look to run a classical music festival. Away from music, I’m obsessed with things that fly, so, a pilot, or something related to astronautics or butterflies.