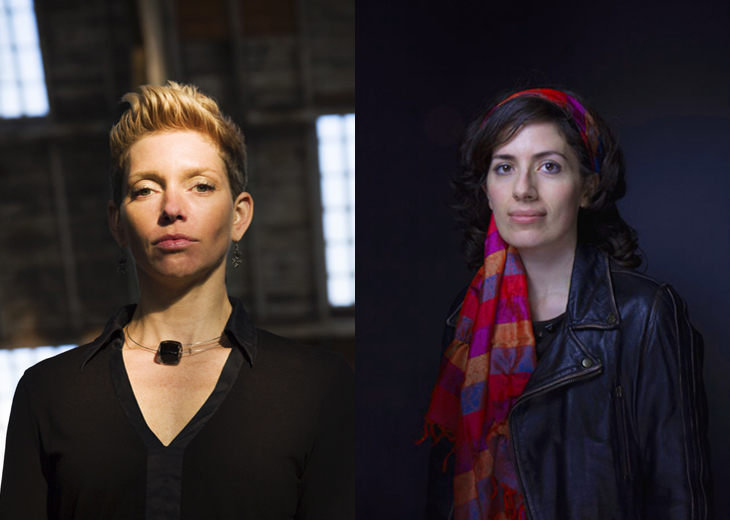 It excites me knowing that there is a fresh, new generation of musicians who are just as excited about performing new music

Can you tell us a little about your piece Murmurations?

Murmurations (2014) was originally written for the Birmingham Contemporary Music Group during my doctoral studies at Birmingham University. It was inspired by a photo which consisted of a flock of starlings dancing in the sunset. I was struck by the way the birds danced in the air together in a beautiful, graceful synchronicity and yet, upon looking more closely, each bird is flapping in a highly-charged relentlessness. So much tension within but graceful from the outside. I was awed by a similar grace and charge about Gagaku Japanese Court Music.

Against cyclic harmonic backdrops, the three sections present different, dronal, textural variations based on embellishments of the note C, and the basic melodic line - i.e. the skeletal melody without the ornamentation - taken from an Arabic improvisation by the violinist Abu Ahmed Ali. In the second and third sections, it becomes more removed from the idea of Gagaku and I just take the essence, inverted in much of the same way as negatives from a roll of film.

What is your favourite element of composing?

The research side of it, refining my concept and deciding the language before structuring it. The writing part, the detailed work is the hardest part. However, often I’m in a situation where I’m fleshing out my ideas in workshop/rehearsal which can be even more challenging with the feeling of having less control over the elements at play, but the uncertainty here is equally exciting.

What excites you about the London Sinfonietta Academy? Is there anything specific you are looking forward to?

It excites me knowing that there is a fresh, new generation of musicians who are just as excited about performing new music and, to not only recognise the value, but actually sit side-by-side with the big great performers who have championed new music for decades and who have made a massive contribution to the UK's muso-cultural climate today.

Do you have any advice for young composers or musicians attempting to navigate contemporary music?

Expose yourself to music you have never heard before and listen to it as just sound, then go deeper. The concepts behind the notes begin to form and become equally as interesting.

Just by listening intently, you bring something unique to the music.

Can you tell us a little about your piece Delphic Bee?

In praise of psychic readers through the ages; Delphic Bee is a musical sketch of what the most prestigious and authoritative oracle among the Ancient Greeks - the priestess at the Temple of Apollo at Delphi - might sound like as music! Speech patterns may be detected in the unison rhythms of the piece, which have a compact 'bee-like' energy, suggestive of the pattern making activities of bees, and often the sound seems to almost buzz. The oracles at Delphi were delivered in a frenzied state, induced by vapours rising from a chasm in the rock of the cave in which the responses were given. The last recorded response from the Delphic oracle was in AD 393, after which the Emporer Theodosius I ordered pagan temples to cease operation.

What's your favourite thing about composing?

The joyful, unexpected responses and interactions, with collaborators and audience members alike. The deep calm feeling and clarity of concentration that comes in the midst of the creative flow.

What excites you about the London Sinfonietta Academy? Is there anything specific you are looking forward to?

Young musicians and new music are meant to go together! I'm always delighted, enlightened and surprised by how young players approach my music.

Do you have any advice for young composers or musicians attempting to navigate contemporary music?

Be open. Listen to as wide a variety of music as you can. Surrender to the sound, state, experience or journey of whatever you're playing or listening to. Just by listening intently, you bring something unique to the music.

Have a listen to this podcast with highlights from the London Sinfonietta Academy performance programme, as well as other works from the composers.