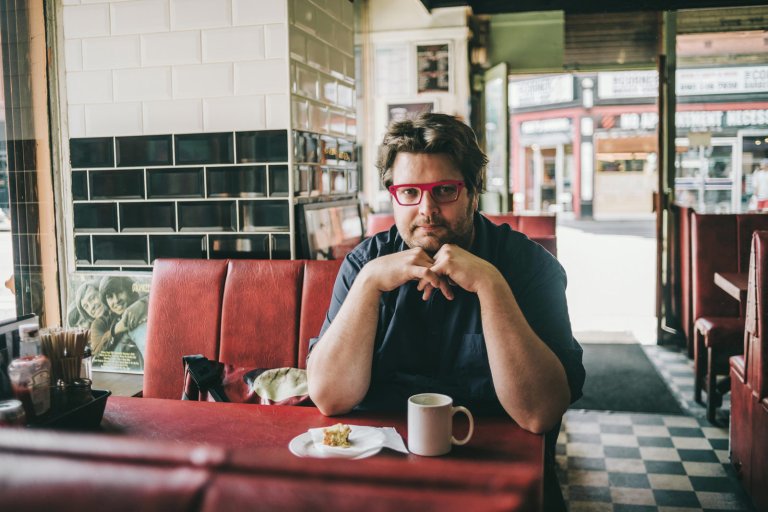 Larry Goves’ song will set poems by Kayo Chingonyi, which evolved from a project in Sheffield exploring local dialects. His song, along with others, will be presented on June 23rd in our live and online presentation Notes about Now.

Larry Goves is a British composer and artist based in Manchester (UK). His work has been presented, performed, about broadcast around the world by numerous groups and musicians including the London Sinfonietta, the Nash Ensemble, The London Symphony Orchestra, the BBC Philharmonic, The National Youth Orchestra of Great Britain, The Britten Sinfonia, Psappha, The Solem String Quartet, The Argonaut Ensemble (Australia), The Hallé, BIT20 (Norway), 175 East (New Zealand), L’Instant Donné (France), Divertimento Ensemble (Italy), Oliver Coates, Sarah Nicolls, Kathryn Williams, Tom McKinney, Carl Raven, and many others all over the UK and abroad.

His music has been released on NMC, Dutton, Prima Facie, Slip, Nonclassical, Prah, LSO Live, and on the London Sinfonietta’s Label. As an installation artist he has presented work at the Aldeburgh Festival, the Tatton Park Biennial, The Science Museum (London), and the Wellcome Institute.

An experienced curator, he was the co-curator of Manchester’s New Music North West, curated experimental concert series Decontamination at the Royal Northern College of Music (RNCM), and is the director of ensemble The House of Bedlam.

He is a Paul Hamlyn Award for Composers recipient, has been shortlisted for an RPS Award, and is a former recipient of a Jerwood-Aldeburgh Opera Writing Fellowship with regular collaborator writer Matthew Welton.

He was the composition tutor for the National Youth Orchestra of Great Britain for ten years and is the former composer in residence for Royal Holloway, University of London. He currently devises and delivers the Britten-Pears Young Artist Programme course Composition, Alternative Performance, and Performance Art and is a senior lecturer in composition at the Royal Northern College of Music.