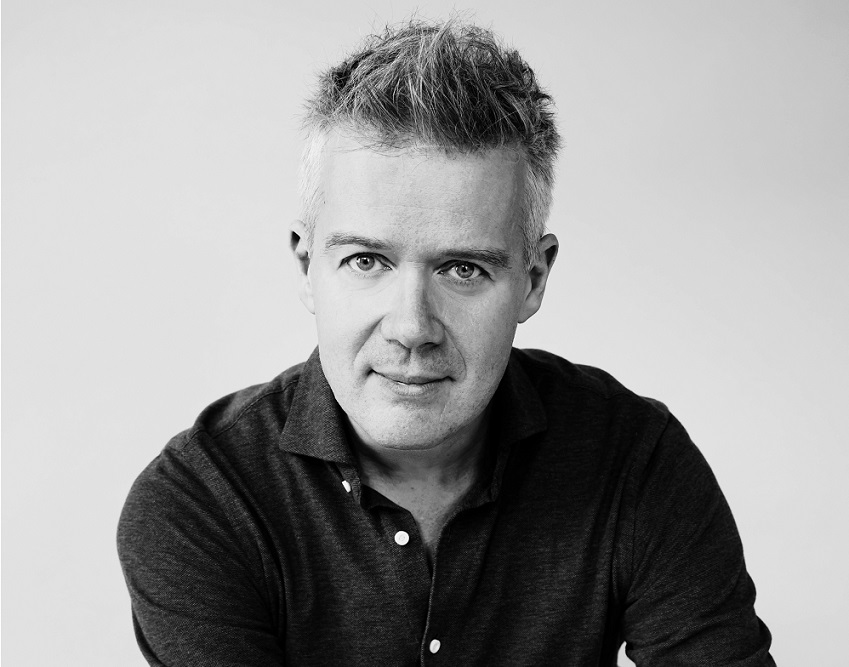 The London Sinfonietta is pleased to be commissioning a new ensemble work by Michel van der Aa: a study piece for the composer’s upcoming opera Upload, exploring identity against the backdrop of present-day and near-future technologies. The new virtuosic and high energy piece for 12 musicians plays with the idea of the 'digital copy’ – confronting the ensemble with pre-recorded material, juxtaposing the rigidness of a soundtrack with the ‘humanity' of performers.

Michel van der Aa, winner of the 2015 Johannes Vermeer Award and 2013 Grawemeyer award, is one of today’s most sought-after composers and stage directors. A pioneer in the realms of new music and technology, his staged works – incorporating film and sampled soundtrack – are a seamless hybrid of musical theatre and multimedia.

Van der Aa’s imaginative music theatre works Sunken Garden (2011-12), The Book of Disquiet (2008), After Life (2005/06) and One (2002) have received critical and public acclaim internationally. Staging, film and music are interwoven into a collage of transparent layers, resulting in works that are part-documentary, part-philosophy. His repertoire also includes concert works and chamber music for small ensemble, soloists and soundtrack and he collaborated with Sol Gabetta on the cross-media cello concerto Up-close (2010). A hugely successful project, the work has been performed in many cities including Berlin, London, Brussels and Hamburg and has received excellent reviews. His 3D film opera, Sunken Garden (2013), an ‘occultmystery film-opera’, was created in partnership with the English novelist David Mitchell, the author of Cloud Atlas. Co-commissioned by English National Opera, Opera de Lyon, Toronto Luminato Festival and Holland Festival, the work received its world premiere by ENO at the Barbican, London in April 2013.

In 2015-16, Van der Aa created an interactive digital song cycle, The Book of Sand, a co-commission of the Holland Festival, Sydney Festival, Google Arts Institute, and the BBC’s The Space, that was released as a website and smartphone app at the end of May 2015. His music theatre work, The Book of Disquiet, had its Englishlanguage premiere with actor Samuel West as part of Peak Performances, Montclair, New Jersey, and presented by London Sinfonietta at the Coronet Theatre, London.

Michel van der Aa was Composer-in-residence at the 2017 Lucerne Summer Festival. The festival programme included the Swiss premieres of The Book of Disquiet, Up-close, Hysterisis and Blank Out.