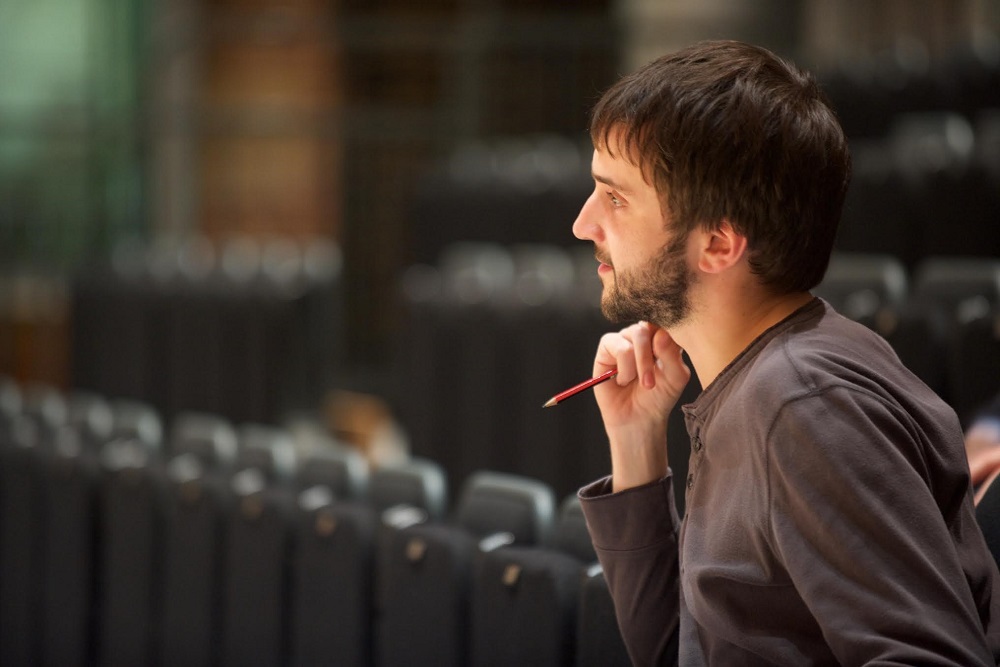 Matthew Kaner (born 1986) is a composer based in London whose works are performed and broadcast widely in the UK and abroad. His music has been described as “forlornly exquisite” (New Statesman 2016), and has received praise for its “long and sinuous lines” (Telegraph 2013) and its “darker and wilder energy, which seems to be entirely personal.” (HK Interlude 2016)

In 2016, Matthew was the BBC Radio 3 Embedded Composer (in association with Sound and Music) for the duration of the station’s 70th anniversary celebrations, during which he wrote 14 works for repeated broadcasts, for performers including Guy Johnston, Mark Simpson, the BBC Singers, the Orchestra of the Age of Enlightenment, Trio Isimsiz and many others. His 2018 collaboration with poet laureate Simon Armitage, a reworking of the fairy tale Hansel and Gretel for ensemble and narrator, commissioned by Goldfield Productions, was acclaimed as “an all too timely reminder of some children’s living, waking, starving nightmare” (4* Guardian review).

Previously highlights include commissions from the London Symphony Orchestra, Lucerne Festival Academy Orchestra, London Sinfonietta, Philharmonia, Orchestra of the Age of Enlightenment, a violin concerto for Benjamin Baker and the Northern Chords Festival Orchestra, and works for Siglo de Oro, the BBC Singers and King’s College London Chapel Choir. His music has been performed at various venues in the UK and abroad, including Seiji Ozawa Hall, the Barbican, the Royal Festival Hall, St. John’s Smith Square, the Purcell Room, LSO St. Luke’s and Snape Maltings. It has also featured in the Aldeburgh, Spitalfields, Norfolk & Norwich, Cheltenham, Lucerne, and Victoria International Music Festivals. Recordings of his work are available to buy and stream on the LSO Live and Delphian labels.

Matthew studied at the Guildhall School of Music & Drama with Julian Anderson, where he has been teaching himself a Professor of Composition since 2013. In 2013 Matthew was one of the winners of the Royal Philharmonic Society Composition Prize; he was the Margaret Lee Crofts Fellow in Composition at Tanglewood in 2012.