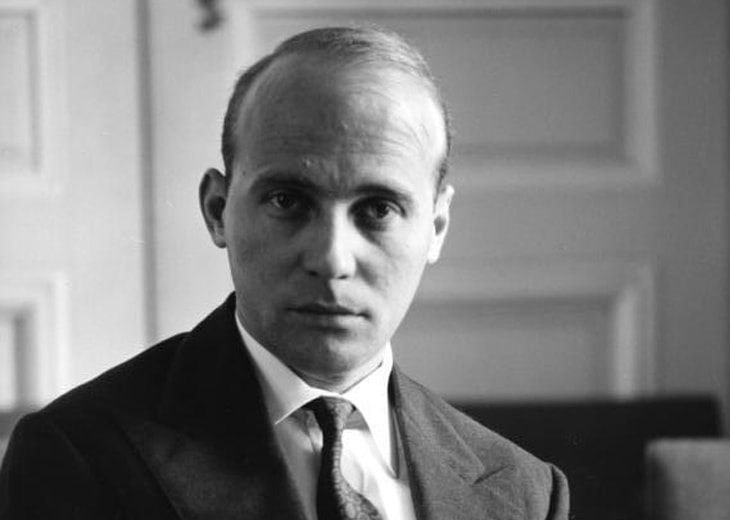 Step inside the world of Hans Werner Henze's Voices (1973) with poetry extracts from the piece, and our image gallery exploring the people, conflicts, and themes of the music.

The choice of the poems and the order in which they are arranged reflect my own personal political perspective and emotional involvement, and it is this perspective and these feelings which give the collection its cohesion, rather than any narrative or musical structure.  Hans Werner Henze

Hans Werner Henze was politically driven in many of his compositions. In Voices, written in 1973, he addresses issues of social oppression in Germany, Italy, Vietnam, Cuba and the United States through the poetry of Bertolt Brecht, Calvin C. Hernton, Giuseppe Ungaretti and Dudley Randall, with eclectic musical styles from around the world.

We've collated a gallery of images to help bring to life the people and circumstances behind some of the texts in Henze's Voices, such as that of Dudley Randall and Calvin C. Hernton whose poetry represents the Civil Rights movement of 1960's and 70's America.

The Distant Drum
I am not a metaphor or symbol.
This you can hear is not the wind in the trees,
Nor a cat being maimed in the street.
It is I being maimed in the street.
It is I who weep, laugh, feel pain or joy.
I speak this because I exist.
This is my voice.
These words are my words, my mouth
Speaks them, my hand writes –
I am a poet,
It is my fist you hear beating
Against your ear.
~ Calvin C Hernton

Also set to music is a poem by the Cuban writer Heberto Padilla, who was part of the Union of Cuban Writers and Artists, set up in 1961 during the Cuban Revolution to promote the national culture. Extracts from Vietnamese leader Ho Chi Minh's prison diaries depict the struggles during his fight for Vietnamese independence, whilst in works by German writers Bertolt Brecht and Hans Magnus Enzensberger and the Italian Mario Tobino, we are transported to scenes from the Second World War and the Italian resistance.

Pasi
Pasi was a lad
that came from Romagna
and we were lads together
and walked with a swagger of our shoulders
and the women were sweet on us.
The Germans hanged him
after tortures I’d rather not talk about.
I wear a cload of years
but, oh Pasi, you were
the finest Italian these fifty years.
~ Mario Tobino

In its early production, Voices used sound samples from presidential speeches of the period. In our 2017 production, you will hear extracts from familiar voices from today's political stage, which echo the relevance of Henze's work in the current climate.

Explore the world of Voices

Listen to Voices on Spotify