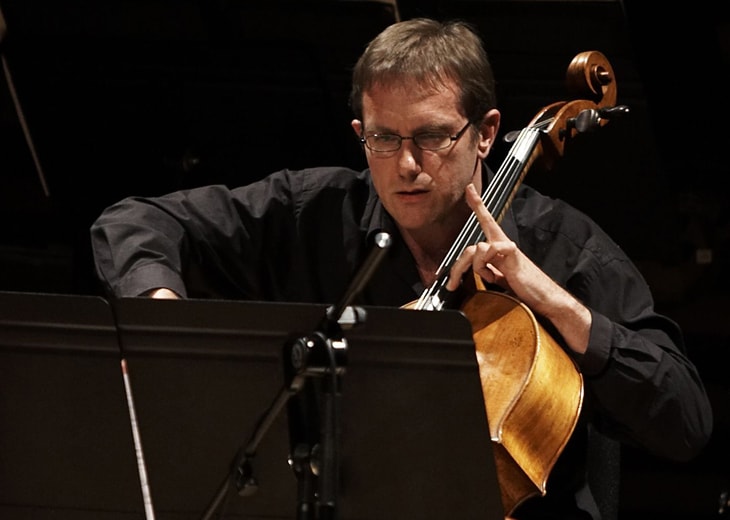 Tim Gill began to play the cello at the age of eight, subsequently studying with Dimitry Markevitch in Paris, Christopher Bunting at Cambridge and David Strange at the Royal Academy. In 1989-90 Tim was resident artist at the Banff Centre, Canada, where, as a result of winning the Banff concerto competition, he was invited to play the Elgar concerto with the Calgary Philharmonic and later to tour Canada as a recitalist.

His Purcell Room debut in 1990 was met with critical acclaim and resulted in an invitation from the Park Lane Group to give the Priaulx Rainier recital the following year. Tim has since given recitals and played concertos throughout the UK, Europe and India. In 1995 he recorded Beethoven's complete works for cello and piano for Dutch radio with Marietta Petkova, and in 1996 he gave his Wigmore Hall debut and released two CDs on the Guild label with pianist Fali Pavri.

Tim is currently principal cellist with the Royal Philharmonic Orchestra and the London Sinfonietta. He is also much in demand as a soloist and chamber musician.
"Timothy Gill and Fali Pavri elicit a searing lyricism bringing tremendous sense of direction to the melodic invention which can so easily meander in lesser hands". Classic CD