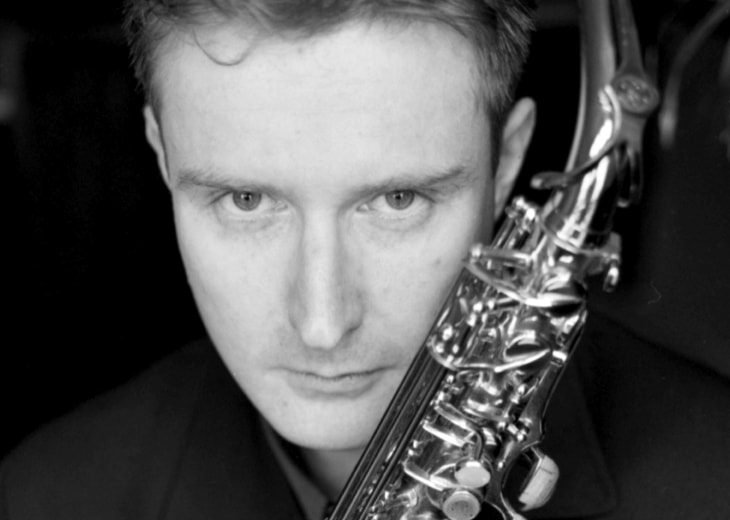 Simon Haram has been the principal saxophone at the London Sinfonietta since 1997. He is a member of the Graham Fitkin Band and plays regularly with the Philharmonia and London Symphony Orchestras. His interest in electronics has led him to play EWI and Moog with the Will Gregory Moog Ensemble.