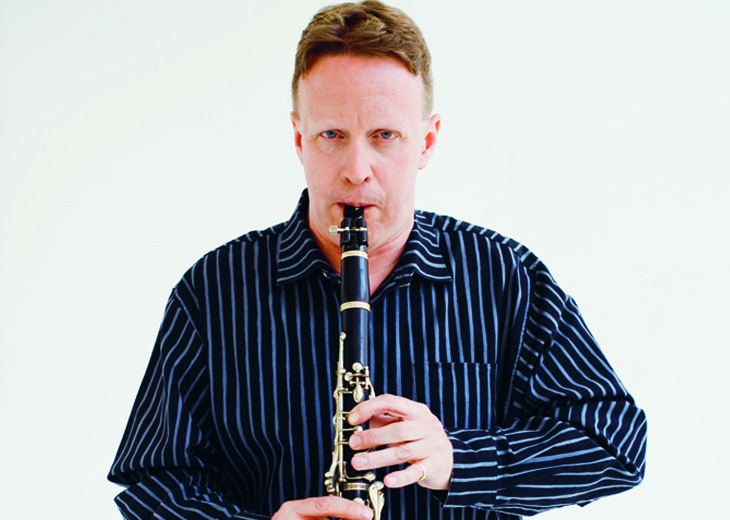 Mark van de Wiel is established as one of Britain's leading, and most versatile, clarinettists. As principal clarinettist of the London Sinfonietta and the Philharmonia Orchestra, and as a well-known soloist and chamber musician, he performs at major venues throughout the world.

As a soloist he has performed with the Philharmonia, London Sinfonietta, London Chamber Orchestra (in La Scala, Milan), Thames Chamber Orchestra, Mozart Festival Orchestra, Welsh National Opera Orchestra, English Classical Players, the Arhus Orchestra, Belgrade Strings, and the Birmingham Contemporary Music Group. He is particularly well known for his performances of contemporary music, and has given many premieres.

Mark was principal clarinettist with the Composers' Ensemble from 1992-2000, and has been principal with the Endymion Ensemble since its formation. He is also principal with the London Chamber Orchestra, and is a professor at the Royal Academy of Music. He appeared for several years as the clarinet and basset horn soloist in the production of Mozart's Clemenza Di Tito at the Bavarian State Opera in Munich.

Mark has recorded chamber music for EMI, ASV, NMC and Finlandia records, and as a soloist for Olympia and NMC. He broadcasts frequently.