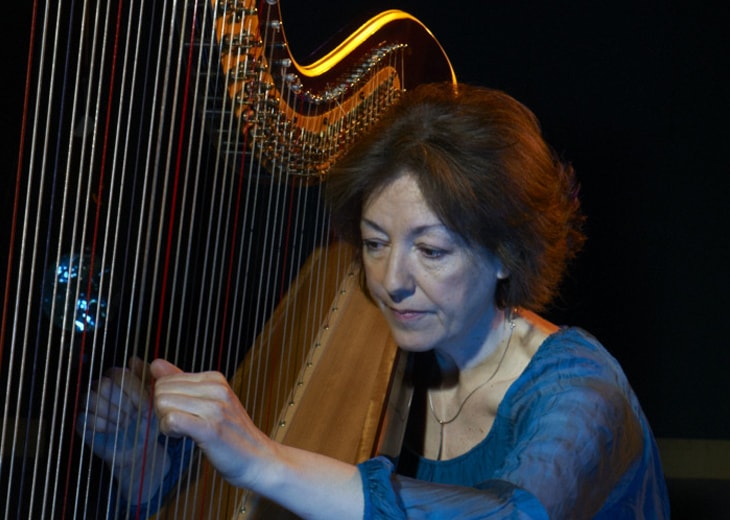 Born in London, Helen Tunstall studied at the Royal College of Music with Marisa Robles and Fiona Hibbert. She is principle harpist of the London Sinfonietta, Endymion and the Orchestra of St. John's Smith Square and leads a busy freelance career playing solo, chamber and orchestral music with all the major London orchestras and ensembles.

She is a top London studio player recording classical, contemporary, film, TV and commercial music. Recent recordings include Silvina Milstein trios - A thousand golden bells in the breeze and While your sound lingered on in lions and rocks, Richard Baker - Risveglio for solo harp, Alison Balsom - Paris, and Greta Bradman My Hero.

She has worked on films such as Charlie and the Chocolate Factory, Lord of the Rings, Batman as well as music for Guy Barker and pop artists Robbie Williams, Annie Lennox, Joni Mitchell, Bjork, Il Divo, Leona Lewis, Amy Winehouse, Katie Melua, and Tom Odell.

She is a professor at the Royal Academy of Music and the Guildhall School of Music.