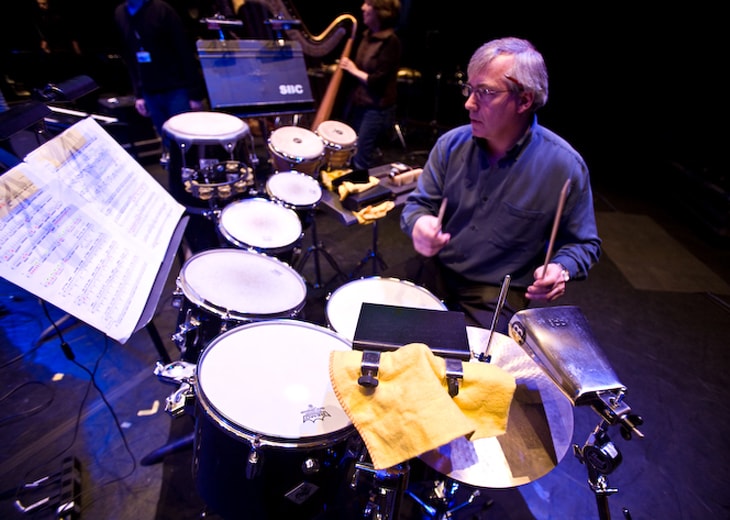 David studied at the Royal College of Music with Janos Keszei and Michael Skinner. On leaving College, he spent much time performing with the London Sinfonietta, and eventually became its Principal Percussionist in 1995, one of the most demanding positions for a percussionist anywhere in the world.

Having also worked regularly for more than ten years with all of the major London orchestras, he joined the BBC Symphony Orchestra in 1991, becoming its Principal Percussionist in 1994. Among his most recent appearances was a televised performance of Bartok's Sonata for two Pianos and Percussion in its orchestral version. As well as his orchestral, chamber and recording work, David has also been involved extensively with education work, which has taken him to many communities, including prisons and schools for the severely disabled, at home and as far afield as Japan, South America and the United States. In January 2008 David was appointed Head of Percussion at the Royal College of Music, a role for which he considers himself privileged even to have been considered. When not involved in music-making, David enjoys participating in many sports, and particularly skiing, and he also likes to cook when time allows.