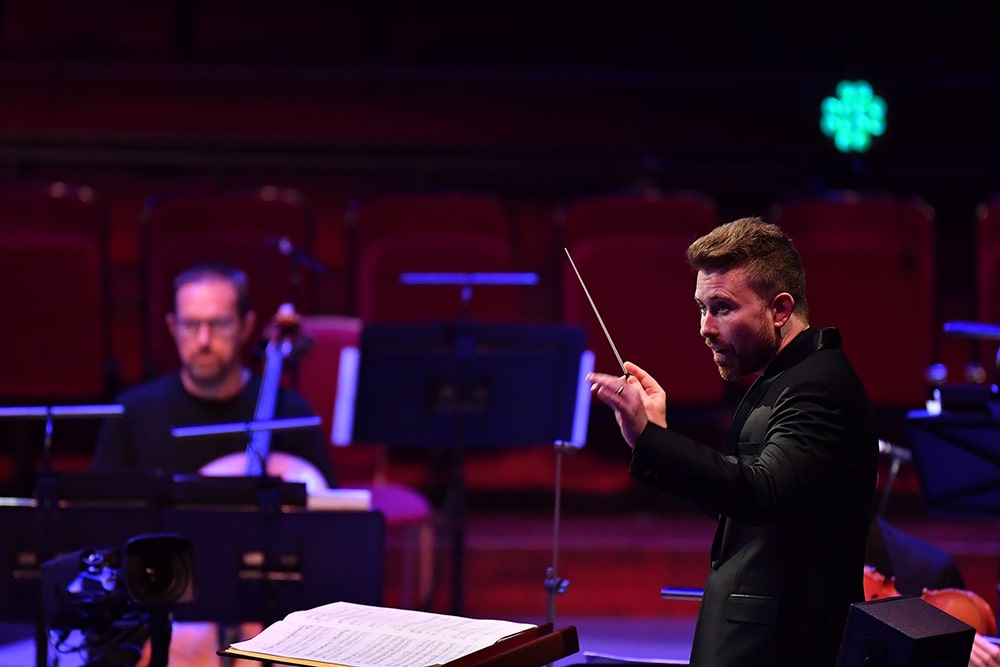 In our return to the Royal Albert Hall for the BBC Proms 2020, we were proud to present an exciting line up of contemporary works, conducted by Geoffrey Paterson. Dive into some photos from the night and relive some of the live performance, also available to stream fully on BBC Iplayer!

The programme (performed both on the stage, and from places around the Royal Albert Hall) included music by four Americans, including two giants of the minimalist movement Steve Reich and Philip Glass, as well as music by three inspiring British composers who have a strong association with the ensemble. The performance included five Proms premieres, three cityscapes - and a toy piano!

"The performance was sparkling" " The Times

This year's Proms BBC also took a look back at musical greats from the past and the present, with a series of special broadcasts from BBC Radio 3 remembering the best of four decades of unmissable Proms concerts, including a very special concert centred around legendary soprano Jessye Norman. Take a listen to the 2000 recording with London Sinfonietta!

Looking very much like Schroeder from Peanuts, Shanahan was committed and virtuosic, right up to the final brutal forearm smashes." " ArtsDesk