A History of the London Sinfonietta 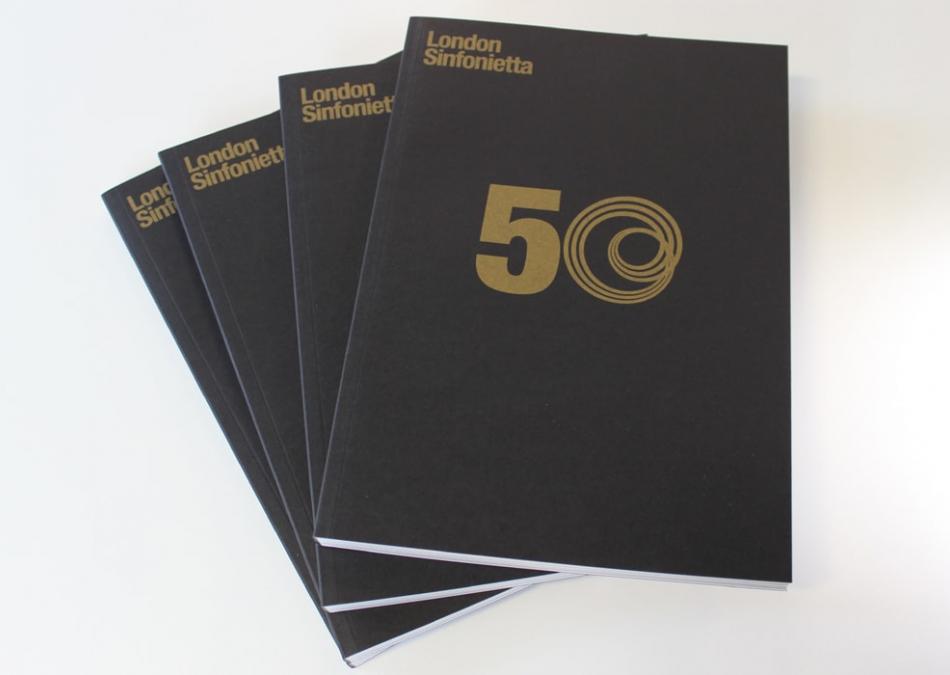 To commemorate our 50th Anniversary Season, we produced a limited edition book to accompany the 50th Anniversary Concert at Southbank Centre's Royal Festival Hall on 24 January 2018. As well as information about the concert, it also features in-depth articles on the legacy of the London Sinfonietta and on contemporary classical music as a whole, archive photography, a music-map of the Ligeti Chamber Concerto by Deborah Pritchard, and a complete list of the orchestra’s commissions and recordings. There are only 1,250 copies in existence. 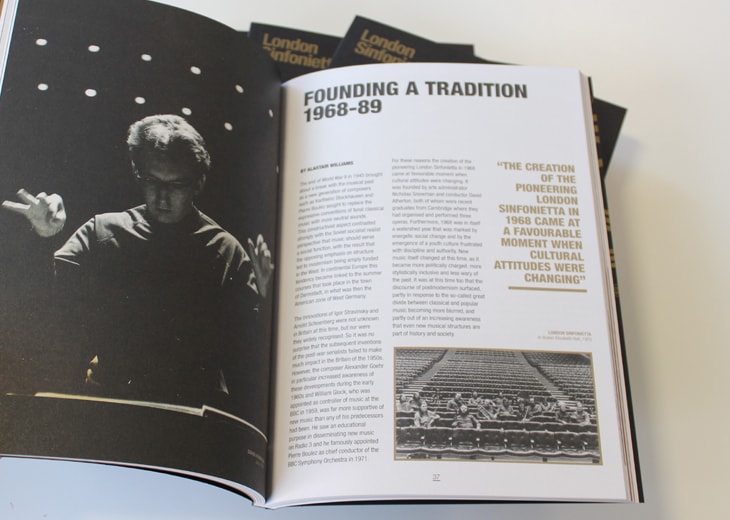 You can now own this limited edition book - a must have for fans of new music - for just £10.

Articles
- 50 Years: A Celebration of Agility, Energy and Talent by Paul Griffiths
- Founding a Tradition 1968–89 by Alastair Williams
- 30 Years of Restlessness 1989–2018 by Morag J Grant
- The London Sinfonietta and Popular Culture by Dominic Murcott